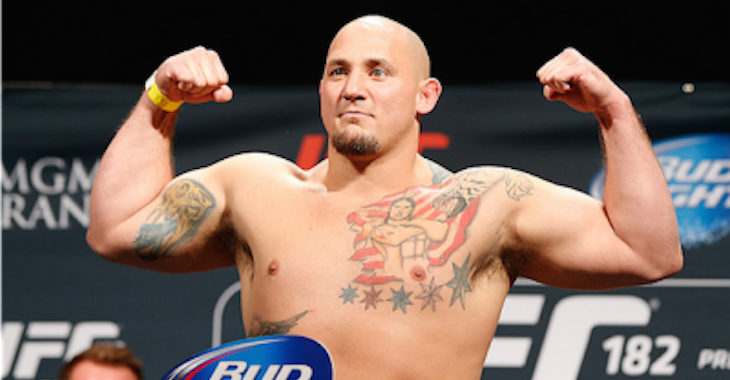 UFC heavyweights Shawn Jordan and Derrick Lewis will fight in the octagon on June 6 at UFC Fight Night 68, but that won’t be the first meeting between these two.

They fought back in 2010 and in that fight (Lewis’ second professional fight) Jordan came away with the decision win. But it was something that happened after the bell of each round that stuck with Jordan.

“Maybe he feels like it was a robbery. It ended up being grappling because he kept hitting me after the bell. I was walking back to my corner, the round was over, and he kicked me in the head. We kept going into the third round. My coach jumped over the cage and was like, ‘Dude!” Maybe he wants it again. I don’t know.”