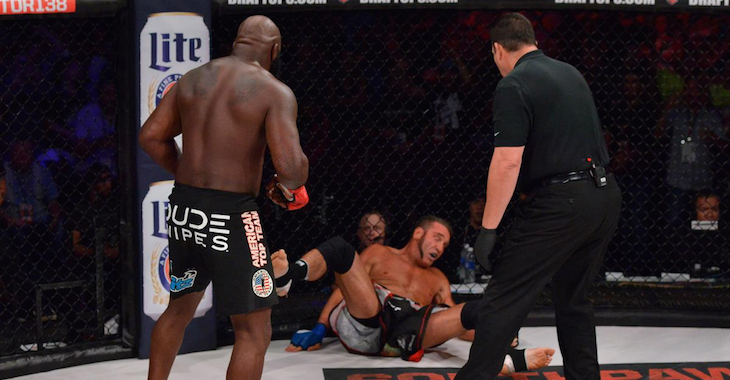 Ken Shamrock finally had his opportunity to shut Kimbo Slice up at Bellator 138 when the two met for their long-awaited heavyweight clash that was years in the making. Shamrock was able to take Slice down to the ground immediately where he almost locked in a rear naked choke, but Slice slipped through his grip and made it back to his feet.

It wasn’t long before Shamrock was on his back, looking up at Shamrock with a look that said, “No more”.

If Scott Coker presented Shamrock with another opportunity to take the fight, however, Shamrock would jump on it. “I would take that in a heartbeat,” Shamrock told TMZ Sports.

Shamrock says he has a lot more gas in the tank. He explained, “I looked better than I have in 10 years! Imagine now after I get some fights under my belt? There’s no way I’m going to stop after one fight. I’m going to push the envelope some more.”

Do you think Shamrock has another fight in him? Share your thoughts in the comment section below!