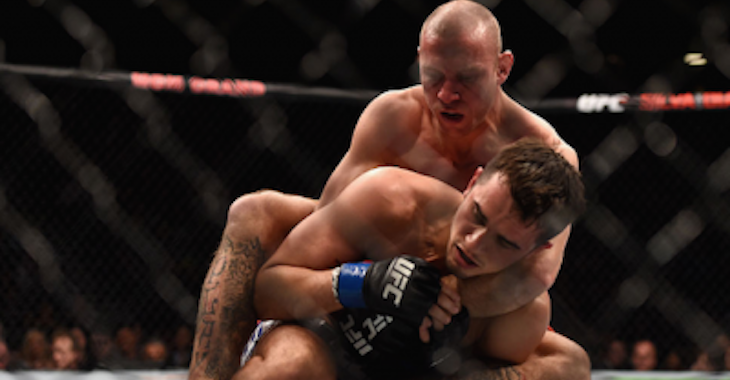 Major MMA gym Alliance MMA will be losing five of its fighters, who have decided to leave together and join a different team.

UFC fighters Johnny Case and Myles Jury along with Bellator fighter Michael Chandler are three of the five leaving Alliance, in San Diego, to join Power MMA in Gilbert, AZ.

The main reason? According to Jury it was the desire to have a more hands on coaching staff.

“We just wanted to get more hands-on coaching. We needed coaches that were a little more proactive. We needed top-level coaching. That was the biggest thing. We’re fighting in the toughest organization in the world and we just started looking around for training camps and for the coaching we needed.” via- MMAFighting