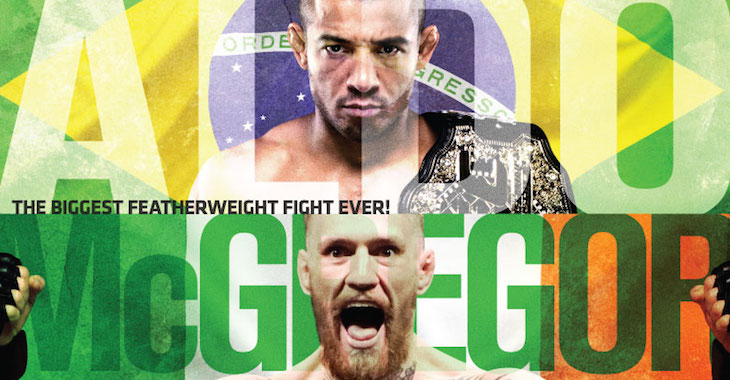 On Tuesday afternoon, it was confirmed that Jose Aldo suffered a fractured rib during a sparring session. The UFC Featherweight Champion was preparing for his clash with rival Conor McGregor in a fight which is currently still set to take place on July 11th at “UFC 189”. However, if Aldo’s injury is as serious as it sounds he will not be medically cleared to defend his title.

“There was no banners or anything on the outside of the building,” Reduxy said. “Where the sign [used] to be is some other sports poster.” He also went on to claim that there were zero promotional posters in the main lobby of the casino, but eventually found a couple framed posters elsewhere that advertised McGregor and Aldo’s clash.

BJPENN.COM spoke with MGM representatives and they informed us that the event is still set to take place and refunds are not being offered for the event. They have not been informed by UFC officials of any changes to the card. The sportsbook is also still allowing bettors to place wagers on the fight as if it is taking place on July 11th.

Reduxy also posted a picture of a vacant spot in the row of banners where MGM Grand usually promotes upcoming events: