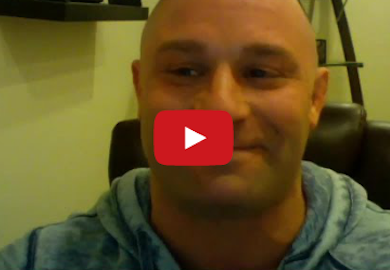 “The funny thing is, I’m the victim here. There’s a girl on Twitter talking about a grappling match against Hughes. Then Hughes mentioned it. I said if we’re going to do it, I want to hit the guy. Then he says I have to lose weight. Look, I’m a ninja turtle, I’m at my school, and I’m training six days a week. But I like my pasta. I’ll put it down for the fight. I don’t need anyone make a name off me. I like a legit grudge match between two old champions. I’ll fight him for his job. What the heck does he do? Who’s going to talk to that guy if he has a problem? GSP with his issues, if I was in that job, he’d still be in there fighting.”