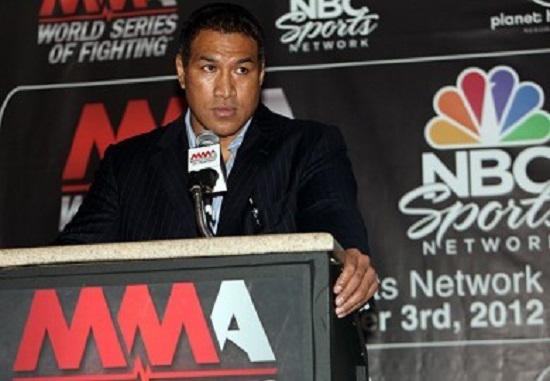 WSOF President Ray Sefo is currently under fire from XFC President Myron Molotky, who refuse to back off their lawsuit, claiming that Kalindra Faria is under contract with XFC. Sefo won’t fold easy however, and believes the lawsuit is nothing more than a ploy to extort money from the WSOF.

Sefo spoke about the lawsuit, saying:

(via MMAMania)
“Based upon all of the hard evidence we have seen, we believe that the promoter from this other organization falsified documents to show that Kalindra Faria was already under contract with him when she signed a contract agreement with World Series of Fighting.”

Sefo went on to say:

“This promoter demanded an outrageous fee from World Series of Fighting in exchange for releasing Kalindra from an exclusive contract that he alleges she signed prior to signing with us, and we refused his terms.

Interestingly enough, MMAJunkie reported that both Faria and her manager have signed affidavits countering XFC President Myron Molotky’s claims, and backing up Ray Sefo in the process.

We will keep you updated as this situation continues to unfold.