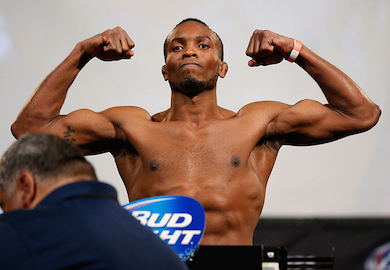 Sean Spencer has stepped in to replace an injured Joe Riggs at UFC Fight Night 51 in Brazil, and will now face Paulo Thiago.

Spencer is 2-2 in the UFC, and most recently dropped a close split decision loss to Alex Garcia back in March. The loss ended Spencer’s two fight win streak that saw him defeat Drew Dober and Yuri Villefort.

The lineup for UFC Fight Night 51, which takes place September 21st is as follows: