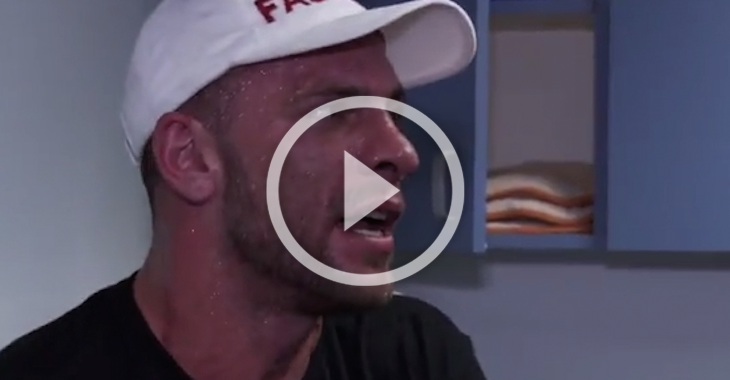 Joe Schilling may be the cusp of greatness in GLORY, but he seems to be facing controversy during his time with Bellator. At Bellator 136, Schilling lost a controversial split decision to Rafael Carvalho. Even though Schilling dealt a great deal of damage which included a couple knockdowns, the judges scored the fight in favor of Carvalho.

When the decision was read, you could see rage take over Schilling’s face. Bellator caught the super athlete backstage as he was going on a tirade about how he lost the bout.