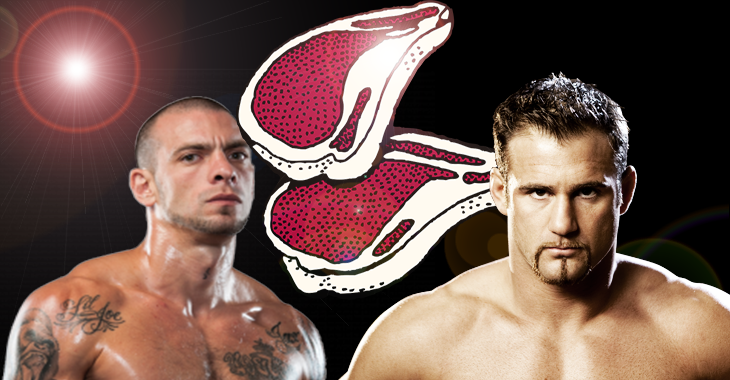 “He’s just another keyboard warrior that wants to talk sh*t. So I just took it upon myself, since I can’t kick his ass, I’ll just humiliate him on Twitter for two days. I think I did a pretty good job of that. The guy puts his foot in his own mouth. He made himself look worse than I did. He’s a joke and I can’t get my hands on him and no one would pay to watch it, so I’m just gonna make fun of him on Twitter.

“I don’t think anyone is interested in Phil Baroni on any level. I think the guy is just a has been, washed-up joke that everybody forgot about it. He just saw the opportunity to steal some of my attention or whatnot and try to lobby for a fight with me. I can appreciate that, but after hours of him doing it on my Instagram and my twitter page, he kind of pissed me off.”

The rivalry between Joe Schilling and Phil Baroni has been well documented… several times. The beef got so serious that even the GLORY CEO got involved and said he would give them a battleground to settle the score!

Unfortunatly, it seems like Schilling put the possibility of the fight happening to rest while talking with MMAFighting. While he does want to beat the tar out of Baroni, he doesn’t think it would do anything for his career.