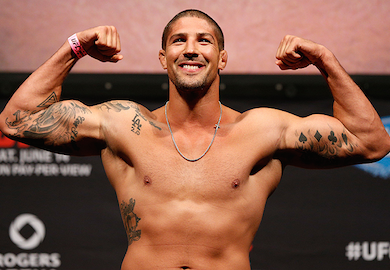 Brendan Schaub and Ronda Rousey were rumored to have had a relationship for some time. Given Schaub’s familiarity with the gym Rousey trains at, Glendale Fight Club, Schaub believes that Travis Browne made a mistake leaving Greg Jacksons gym to train at Glendale Fight Club.

Schaub and Browne will meet in the cage at UFC 181 on December 6th.

Schaub spoke about his opponent’s change in training camp leading up to their fight on The Joe Rogan Experience.

“It can be good. Listen, I came to [Los Angeles] and switched things up. Obviously, I know Ronda very well and I know that camp pretty well. I’m not going to go into detail but I think it’s a great thing for me that he’s training there. I’ll put it like that. I think it’s a good thing for me.”

Eddie Bravo, Joe Rogan’s co-host on The Joe Rogan Experience, asked Schaub point blank if he thought Browne made a mistake, to which Schaub replied:

Do you think Travis Browne made a mistake leaving Jackson Winkeljohn to go train at Glendale Fight Club?