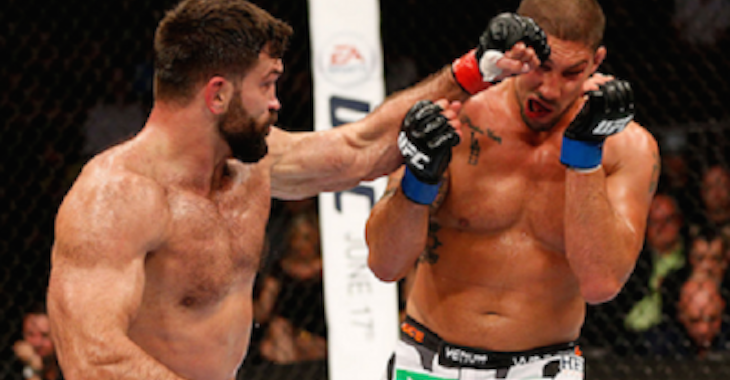 “For me, I love competition, and I miss being in camp. But I’m going to have to take some time away and step away from the game. If I do fight again, it’s not for me – it’s for the fans. I feel like I owe it to them.”

UFC heavyweight and TUF 10 cast member, Brendan Schaub, has been out of the octagon since his fight with Travis Browne at UFC 181 in 2014, where he suffered a first round TKO loss.

Schaub was a recent guest on Jon Anik and Kenny Florian’s podcast, where he talked a lot about whether or not he would be returning to the cage anytime soon.

Eventually he said if he ever did come back it would be for one fight and it would only be for the fans, not himself. Joe Rogan came out earlier this year and told Schaub to his face that he can’t compete at the highest level. The heavyweight stays busy with his podcast and also appears regularly on Rogan’s Fighter Companion podcast.

Do you want to see Schaub fight again and against who?