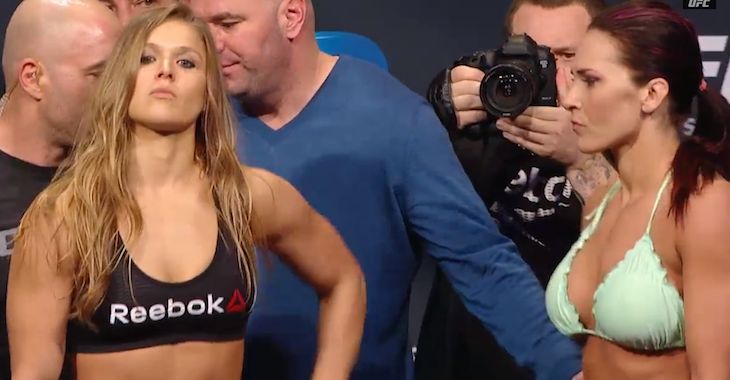 “I stand by my decision. Throughout the week, every time I saw Ronda we would shake hands and she would say, ‘Come on, let’s do this. Let’s put on an epic fight.’ I was thinking, ‘I don’t want to talk to her. I don’t want to be friends with her. At some point, I’m planning on being on top of this girl and I don’t want to care what I’m doing to her.’

“But she kept saying things like that so I said, ‘OK, let’s do this.’ What better way to put on an epic fight than a flying knee? I expected us to continue to fight. I didn’t realize we were going to do a jiu-jitsu match where I’m flying at her and all of a sudden she’s going for my arm again. I guess that’s one disappointment I had. If I had known she was going to be going for my arms, I would have gone about it differently. I agreed to her kind of fight instead of my kind of fight, and that won’t happen again.”

UFC bantamweight Cat Zingano recently talked to ESPN and explained why she doesn’t regret her strategy in the Ronda Rousey fight. She said Rousey talked her into fighting her fight and was surprised that Rousey went for her arm when they tied up.