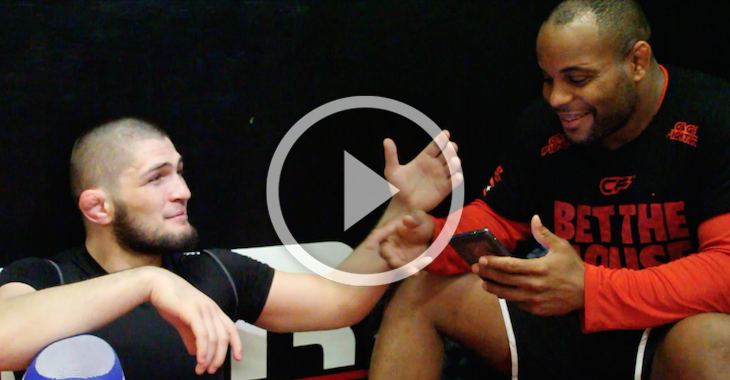 Two of the UFC’s elite wrestling based fighters, Khabib Nurmagomedov and Daniel Cormier, go back and forth while Cormier fishes for compliments from his AKA Training partner.

American Kickboxing Academy (AKA) houses some of the UFC’s most elite level competitors. Luke Rockhold, Josh Thomson, Daniel Cormier, Cain Velasquez, and Khabib Nurmagomedov all sit at the top of their respective divisions inside the UFC, and that’s just a few of their athletes.

This footage was shot by BJPENN.COM’s Layzie The Savage.