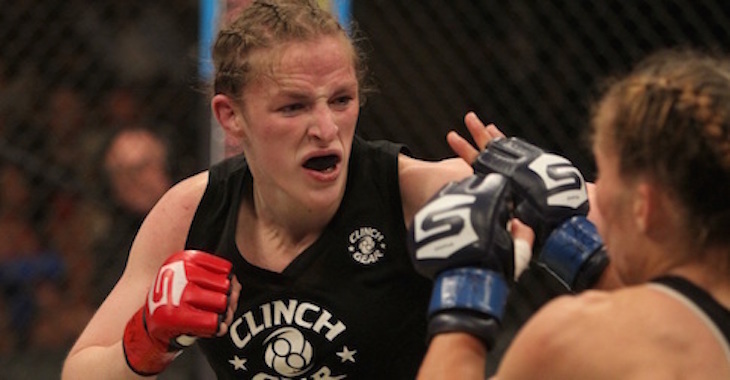 A trilogy bout between Alexis Davis and Sarah Kaufman has been booked for April’s UFC 186 event in Montreal, Quebec, Canada.

Alexis Davis will fight for the first time since her brutal UFC 175 title fight loss to Ronda Rousey this past July in Las Vegas. Prior to the loss, Davis was riding a five-fight win streak which included UFC decision wins over Rosi Sexton, Liz Carmouche and Jessica Eye.

Meanwhile, Sarah Kaufman was last seen in action at April of 2014’s TUF Nations Finale event in Quebec City, where she scored a decision win over Leslie Smith. Prior to that, Kaufman suffered a split-decision loss to Jessica Eye at UFC 166, which was eventually ruled a no-contest after Eye failed her post-fight drug test.

With the addition, the UFC 186 fight card now looks as follows: