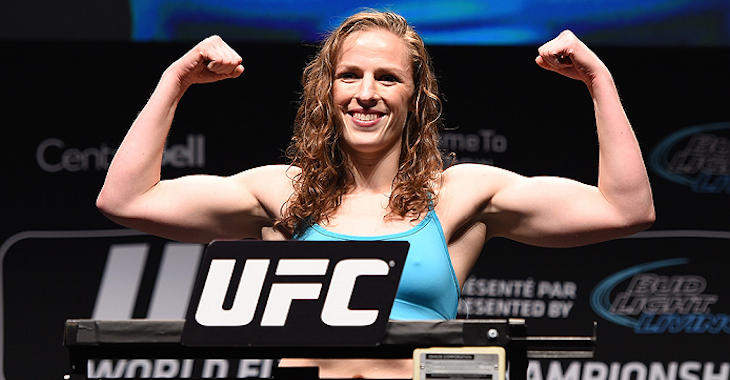 Raquel Pennington hasn’t had good luck in finding an opponent that can stay healthy long enough to make it to the octagon for her UFC 191 fight in September. Leslie Smith was originally scheduled to face Pennington, but was replaced by Liz Carmouche after she suffered an injury.

With Carmouche now out of the picture, Pennington is left hanging high and dry looking for an opponent once again. Lucky for her, Sarah Kaufman doesn’t seem to mind fighting on short notice!

Pennington looks like she needs a dance partner. Good thing I'm a great dancer! Set it up #ufc191

Kaufman’s last outing in the octagon was unsuccessful as she was finished by Alexis Davis in two rounds. She will be looking to rebound and make her way back into the top ten with a victory over Pennington. Who do you think will walk out on top if they meet in September? Share your thoughts and predictions in the comment section below!