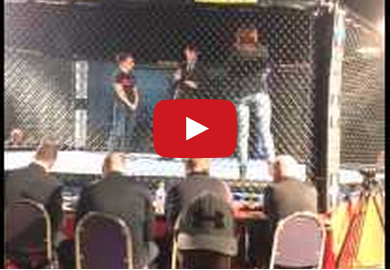 Sara McMann was interviewed at a local MMA event, and was asked who she would like to fight next. As it turns out, the former title challenger and Olympic silver medalist wants Sarah Kaufman, and then another crack at Rowdy Ronda Rousey’s title belt.