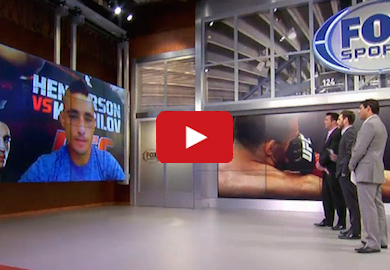 Diego Sanchez on fighting in his hometown after being in the UFC for so long: “It feels like I’ve come full circle, after all those battles. I’ve had 20 fights in the UFC. It’s a dream come true. I’ve been waiting to fighting in this high altitude for a long time.”

Sanchez on how he’ll beat Ross Pearson: “Basically, I’ve got the blueprint – the Matt Brown fight. Put the pressure on him and get him tired. Chase him down and cut the cage off. If I have the opportunity to take the fight to the ground, I will. I’ve been working on my striking and I’m going to look for the knockout.”