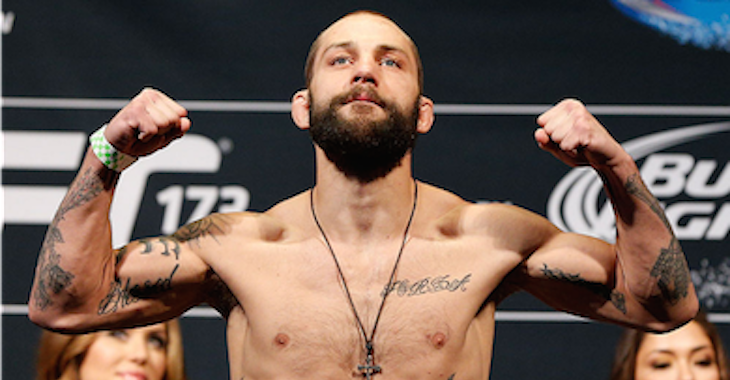 “Absolutely. I’ve been chasing that sumbitch every fight. And I can only be told that I’m so close to $50,000 so many times. With Akira, he was out for so long that they couldn’t come in and interview me. They gave away 4 KOTN bonuses and I wasn’t on the top 4 that night, so that make no sense to me. They didn’t even give away a FOTN, I’m telling you 4 knockouts, no subs no anything. There were 4 other knockouts that they thought deserved $50,000 over that one, which now, that knockout is declared all over like “Top 10 UFC knockouts of the year,” and I know all those other assholes got paid. I feel like I’ve been sitting there with my hand out for awhile.”

UFC Fight Night: Mir vs. Duffee goes down tonight and Sam Sicilia is looking to finally grab one of those elusive fight night bonuses. He told Steph Daniels and Mookie Alexander of BloodyElbow that it’s always something he’s looking to do, but has yet to grab the extra $50K.