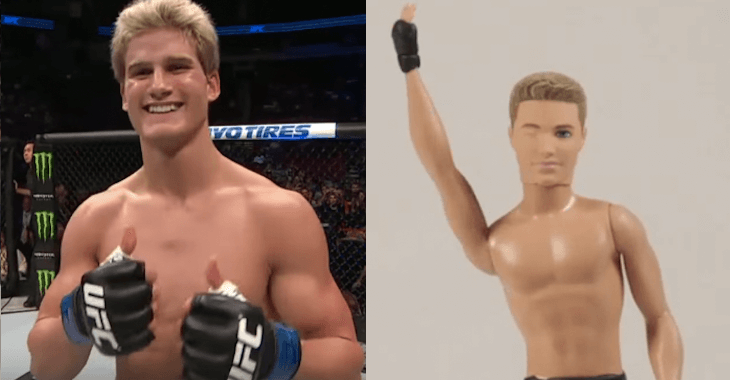 Sage Northcutt took the UFC by storm with his impressive debut at “UFC 192”. The nineteen year old undefeated sport-karate champion brought his fellow Texans to their feet early on in the night when he dominated and finished Francisco Trevino in less than a minute. Northcutt decided he didn’t expend enough energy during his performance, so he decided to throw in a front flip for good measure!

It’s clear this kid has potential and he showed that the hype is real with his first fight in the octagon. Northcutt got claymation treatment from Instragram user azxd who reenacts exciting moments in sports through claymation art! Check out Northcutt’s short film below!

All aboard the Sage Northcutt hype train!