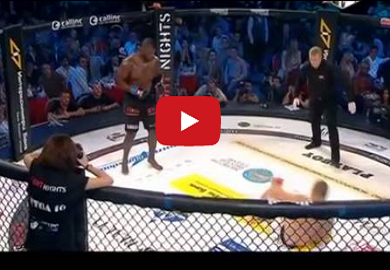 Russian MMA fighter Magomed Malikov broke his leg throwing a leg kick, much similar to how Anderson Silva broke his leg when Chris Weidman checked his leg kick in December. Check out the video below:

As more and more videos surface of fighters breaking their legs while throwing leg kicks it begs to ask the question, are leg kicks worth it? Sound off in the comments section.