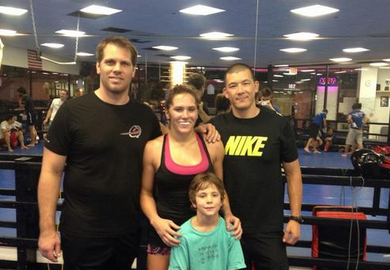 Cat Zingano will be making her return to the UFC in September to fight Amanda Nunes. Should Zingano win, she will be given a title shot at bantamweight champion Ronda Rousey. A member of the UnderGround stumbled across a picture Zingano had posted on her personal Twitter of herself and her son along with two coaches, including Ronda Rousey’s ex – Henry Akins.