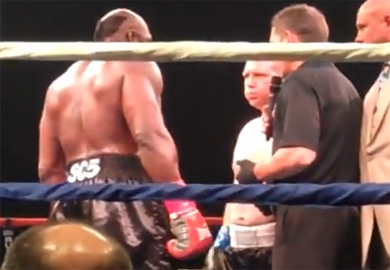 According to MMASupremacy on Twitter, Kimbo Slice has signed on with Bellator. Check out the Tweet below.

Kimbo Slice hasn’t seen MMA action since losing to Matt Mitrione in 2010. After the loss Slice retired from MMA to pursue a career in professional boxing, which he went 7-0 in. Most recently Kimbo knocked out Shane Tilyard in January of 2013 in a boxing match. Only time will tell if the rumors are true and Slice is signing with Bellator.