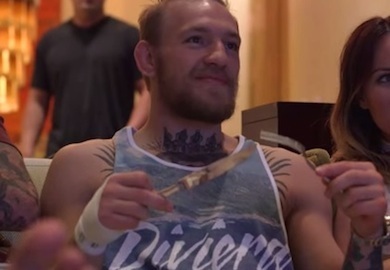 There may be little truth to these rumors, but following Irish reports of a hand injury, many are speculating about the health of top UFC featherweight, Conor McGregor.

Dave Meltzer was the first on U.S. soil to touch on the injury (via the Wrestling Observer), which seems to appear in the photo above (Taken from UFC 178 Embedded Episode 2).