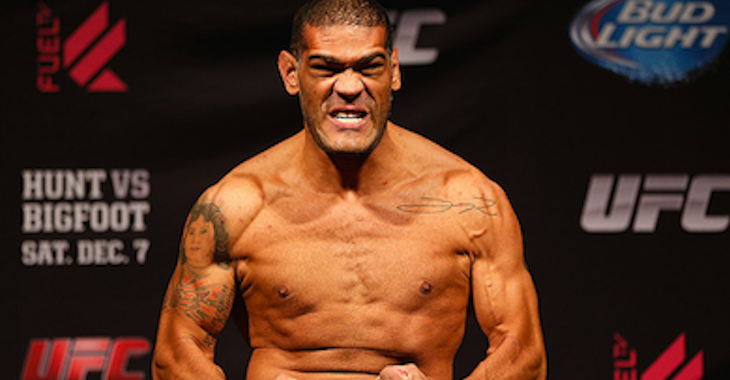 Antonio “Bigfoot” Silva and Stefan Struve are set to collide in a GIANT bout at an upcoming “UFC Fight Night” card in Seoul, South Korea which takes place on November 28, 2015. Anonymous sources informed BJPENN.COM of the bout on Monday evening. Both heavyweights recently picked up major victories in Brazil at “UFC 190”.

Antonio Silva was in a must-win situation at “UFC 190” when he squared off with Soa Palelei. “Bigfoot” hadn’t had his hands raised in victory since his 2013 meeting with Alistair Overeem at “UFC 156”. After a rocky first round, “Bigfoot” overpowered and cornered Palelei against the fence where he teed off and ultimately picked up the technical knockout victory.

Struve was in a similar situation with his back against the wall at “UFC 190” as he hadn’t won a fight since 2012. Granted injuries held him back and he wasn’t facing termination, Struve was desperate to regain the wave of momentum he was riding when he defeated Stipe Miocic. His fight with PRIDE legend Antonio Rodrigo Nogueira was one sided in favor of the “Skycraper”. He utilized his distance to pick Nogueira apart with jabs and crosses to gain the unanimous decision victory.

Who do you think will walk out with the “W” in Korea? Share your prediction in the comment section below!