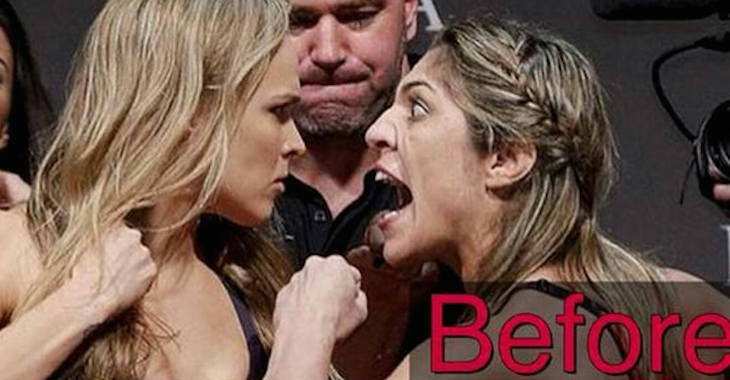 Anthony “Rumble” Johnson has always kept it humble. Whether he wins or loses, he shows respect to his opponent and always looks for the next step in his career. Bethe Correia went the opposite round walking into the octagon at “UFC 190” as he trash talked her way to a brutal knockout loss to Ronda Rousey.

Rousey only needed thirty-four seconds to faceplant Correia, and “Rumble” made sure to rub it in Correia’s face a bit:

Hey Bethe are you awake? Never dig deep as you did…My advice is to show respect, cuz when you don’t you maaaaaay end up lookin like this! Big props to the queen of mma @rondarousey #rondaforpresident

Anthony “Rumble” Johnson didn’t take it easy on Bethe Correia! Do you feel bad for the challenger, or should she just dust herself off and prepare for her next fight?