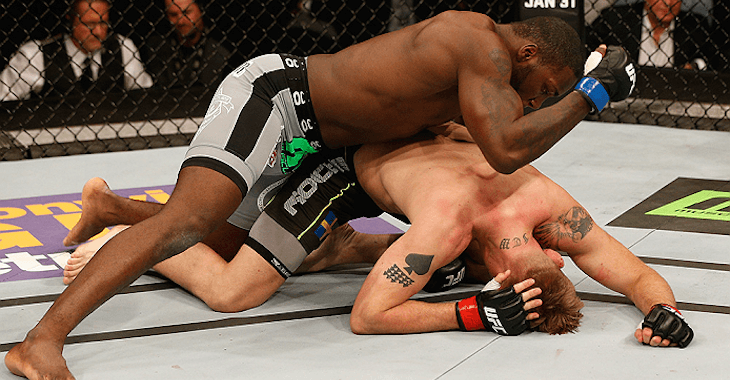 UFC light heavyweight Anthony Johnson just got done taking out Jimi Manuwa at this past Saturday’s UFC 191. Johnson showed off his wrestling skills in the first round, but came out and dropped Manuwa with a big right hand. Then followed up with big shots until the referee stepped in and stopped it at :28 seconds of round 2.

Although he doesn’t wish it on anyone, he told UFC.com that if someone does get hurt before UFC 192, where Alexander Gustafsson takes on champ Daniel Cormier and Ryan Bader takes on Rashad Evans, then he wants to jump in on short notice to get another fight.

“I hope nobody gets hurt with ‘DC’ and ‘Gus’ and Rashad or Bader. But if somebody gets hurt, I definitely want to step in.”