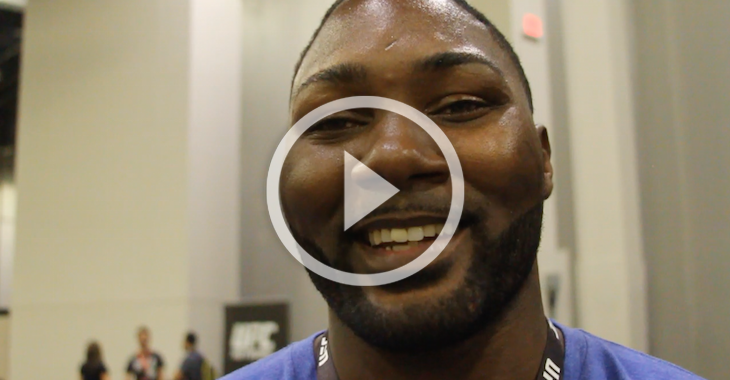 In a recent interview with BJPENN.COM’S Layzie The Savage, former UFC title challenger Anthony “Rumble” Johnson talked about his recent title fight defeat to Daniel Cormier, and where he fits in the UFC’s light-heavyweight division.

“I feel like of course Daniel’s [Cormier] the champ right now,” ‘Rumble’ continued. “I feel like I’m the number one guy after Daniel, Gus is number 2 and it just trickles down.”

And what did the Blackzilian trained fighter learn from his defeat?

“Stay patient, stay calm, and stay focused. I feel like I wasn’t any of that in my fight. I frustrated myself, Daniel frustrated me, and everything just kind of went down hill. But Daniel won hands down, and he’s a great champion.”