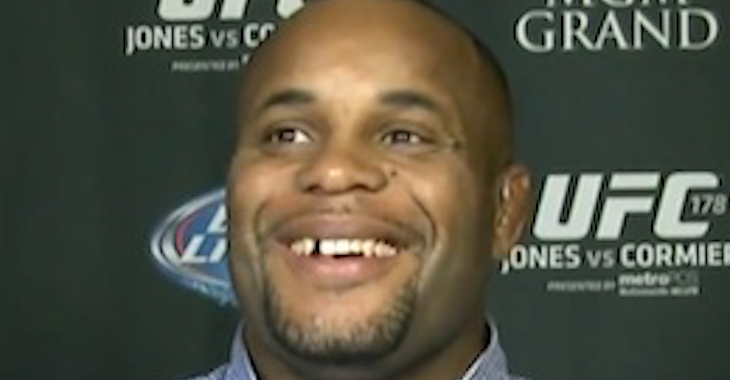 “Johnson is a tremendous fighter. At the end of the day, Anthony Rumble Johnson is who he is. At the core, he’s the guy who was submitted by Josh Koscheck and tapped out when Vitor Belfort got a choke in. I have to go out and find that.”

Daniel Cormier has JUST been assigned the role as title contender again and he is already calling his new opponent out. Cormier fills in for Jon Jones against Anthony “Rumble” Johnson at UFC 187. Jones has been stripped of his title and suspended for his recent run in with the law. Cormier and Johnson WILL be battling for the official UFC Light Heavyweight Championship.