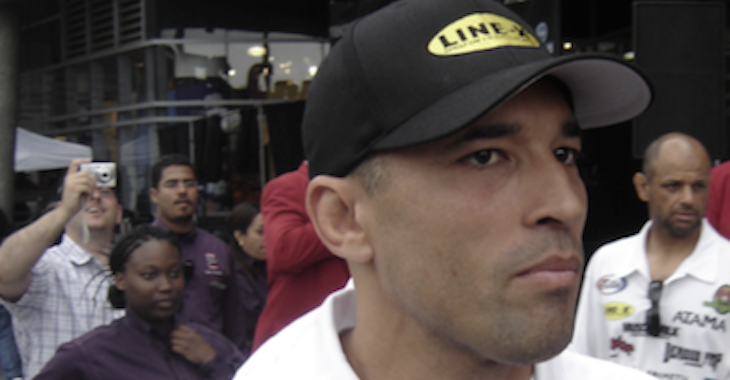 MMA legend Royce Gracie is facing a tough opponent that he cannot beat physically. The man who won UFC 1 is facing a battle with the IRS that claims they have a case with Gracie underpaying his taxes dating back to 2007, according to Bloody Elbow.

IRS agent Gloria Ybarra filed a legal petition to the Gracie and his wife due to an investigation opened up on the case against the Gracies.

On February 1, 2013, the [Gracies’] attorney sent a letter listing their objections to complying with the summonses. No documents were included with this letter. Among the objections set forth in the letter was a claim that the 2008 year was barred because the IRS had closed its 2008 domestic audit. The [Gracies’] also raised a Fifth Amendment privilege against self-incrimination.

Should the case proceed to trial, it is currently scheduled to take place on Jun. 6 at the U.S. Tax Court in Philadelphia, PA.

The allegations against the Gracies are no laughing matter, not the kind that can be resolved with a simple, “Oops, sorry.” Claims include the use of company funds to pay for personal living expenses, fake personal loans, direct transfers and payments, fake loan documents, and over $3 million in foreign wire transfers, all while allegedly reporting between $0 and $3,925 in annual income tax liability to the U.S. government. These are very serious and specific allegations and there’s no magic submission to hit to make the whole thing go away.

If the IRS’s documents are correct, the Gracies paid woefully little in taxes in 2007-2012 while having a lot of unexplained money floating around in overseas bank accounts.

Bloody Elbow also states that as of Jan. 21, 2014 the IRS had not made a recommendation to the U.S. Department of Justice for criminal prosecution.

Gracie is set to make a return to fighting after nearly nine years at Bellator 149 against fellow MMA legend Ken Shamrock.