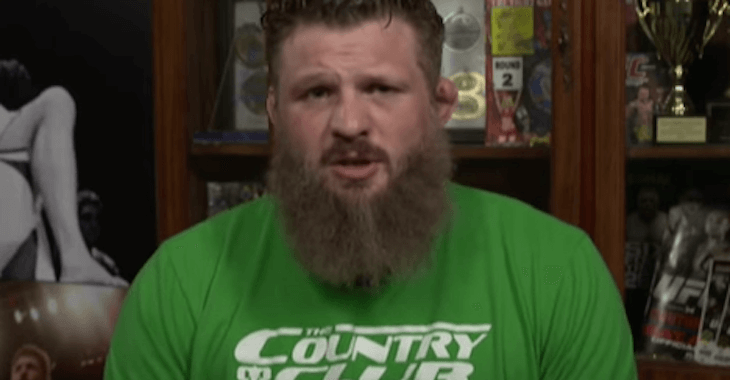 Josh Barnett is set to return to the land of the rising sun on September 27, 2015 when he squares off with fellow heavyweight Roy Nelson at UFC Fight Night 75. The fight will be Barnett’s first since his loss to Travis Browne in December 2013, but he wasted no time in making this a must-see the moment it was announced.

When the fight was announced back in May, Nelson put Barnett on the spot by saying he hopes the UFC’s drug testing is in effect by the time their fight rolls around. Barnett, always one to have a sharp response, fired back at Nelson by accusing him of taking “gravy injections”.

Nelson cleared up any gravy injection allegations and talked his upcoming fight with Josh Barnett in the clip below:

Who do you think will walk out on top of this heavyweight clash? Share your thoughts and predictions in the comment section below!