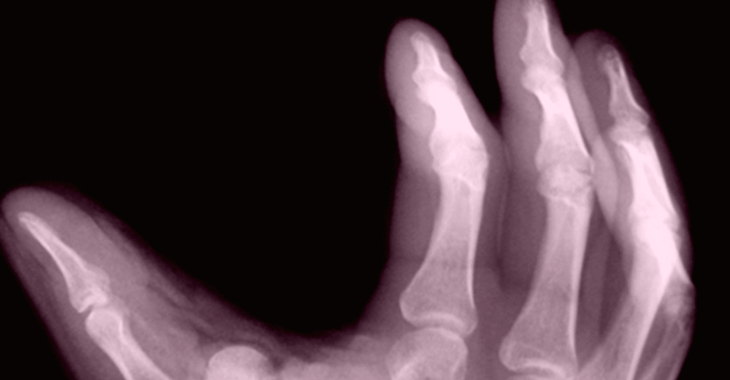 UFC heavyweight Roy Nelson fought for five full rounds at this past Saturday’s UFC Fight Night: Japan, where he took on Josh Barnett in the night’s main event.

The two shocked a lot of fans by going the distance, but it was clear by the end of the fight that Barnett had done enough to win the decision from the judges. Barnett just kept a batter pace, clinching often and landing devastating strikes in that clinch. Nelson was by no means embarrassed, I mean just the fact that he was able to keep up with Barnett and stay in it until the final bell was impressive.

Nelson recently took to social media and announced that he suffered a pretty severe hand break during the fight and showed off the X-ray. Yes, his thumb bone is completely separated from his hand.

Back from the doctor, hand is broke. Will heal up with the love & support of the Country Club Fans