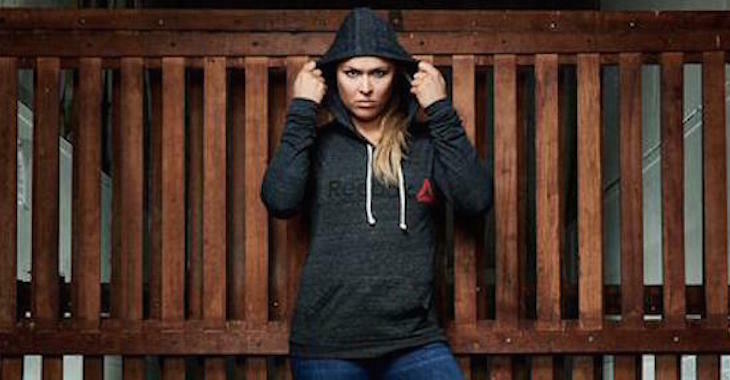 Everyone wants a little insight on the UFC’s biggest star, Ronda Rousey.

Is she nice? Is she a clean freak? We know you want to know.

Luckily for fight fans, her sister/biographer, dished the dirt in a recent ESPN column.

Ronda Rousey has only ever dated guys named “Bob.”

Our mom, AnnMaria De Mars, who also happens to be the 1984 world judo champion, has a policy of calling all of our boyfriends and even potential boyfriends by the name “Bob.” Her reasoning: “What’s the point in learning his name if he’s not going to be sticking around?”

She also assigns completely arbitrary numbers to each Bob to differentiate one from another. For example, Ronda’s last boyfriend was “Bob 6.” And yes, she calls them that to their faces.

So how does a boyfriend move from Bob to his actual name? The only way that happens is upon marrying into the family. So yes, by this standard, Ronda has dated only guys named Bob. (Well, except for Ronda’s first boyfriend, but Mom’s name for him is not suitable for print.)

She can draw a mean orca, but doesn’t want to get chomped by one.

Ronda has always been into art, and she’s often sketching or doodling something. Her subject of choice: sea life. She’s known to draw dolphins on pretty much everything. She even painted a full mural in her childhood bedroom that features kelp, a sea lion and random fish. She initially wanted to be a marine biologist, but opted for a career as a fighter, in part, because “you’re less likely to get eaten by a killer whale.”

She’s even more into video games than you thought.

Her Pokemon obsession has been well documented, but Ronda is a serious gamer beyond Pikachu. (For the record, Ronda’s favorite Pokemon is actually Mew.) Nowadays, she is more likely to be found playing “World of Warcraft.” At family gatherings, she dominates at “Mario Kart.” Her character of choice: Black Yoshi. She also has impressive “Just Dance” skills.

But beyond playing games, she is taking a role in creating them. She serves as a storyline consultant — and not in the “name only” sense — for 7 Generation Games, an educational video game company for which she has drafted the stories for several games’ side quests and Easter eggs.