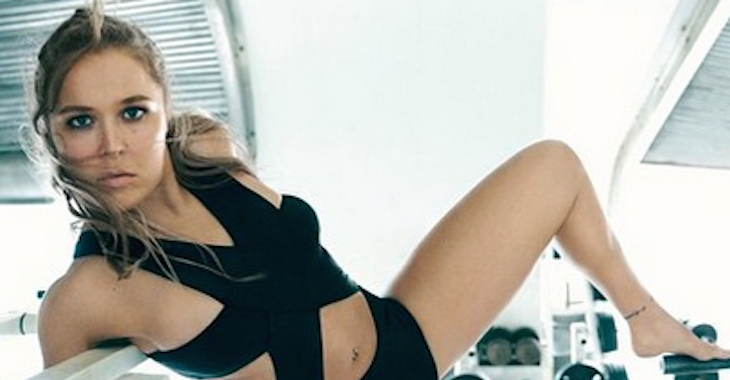 UFC Women’s Bantamweight Champion Ronda Rousey was recently featured in Rolling Stone and photographer Peggy Sirota worked some ridiculous magic on her pictures! The photo shown below is actually two separate shots merged together; Peggy supplied the bottom two photographs to show what they originally looked like.

Pic by @peggysirota for @rollingstone – it was so cool watching her work – this picture was taken at the Venice muscle beach gym and there wasn’t enough space between me and the wall for her to fit my whole body in one picture. So she would go back and forth between photographing my upper body and legs and connected them together for the two page spread – I can’t even tell where she connected the pictures!!! But absolutely love the effect it made to the background. Such a privilege to watch mastery in every profession