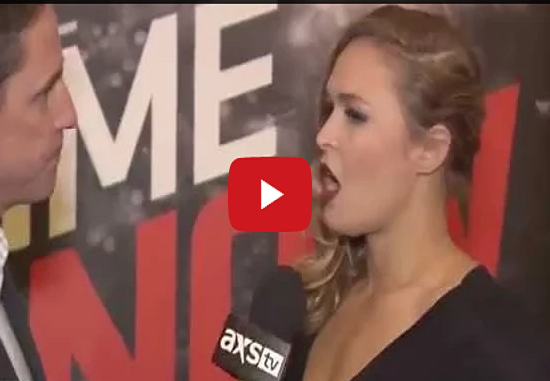 She spoke to AXS TV about who she wants to fight next.

“Gina is not in the UFC right now. She’s off making a movie. Cyborg, I was looking forward to fighting her, but if by injured you mean she took too many steroids and can’t make weight, she’s extremely injured right now and is unavailable. Holly Holm is a world champion boxer who is undefeated and has very many knockouts under her belt and I think is an extremely worthy opponent.”