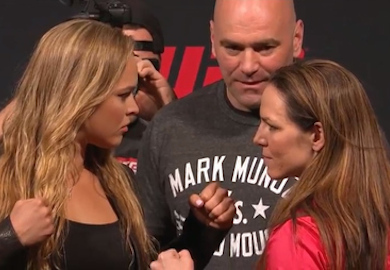 He asked:
“I watched you on Conan a while back. It was a great interview. You said that you like to have wild sex before a fight because it makes your testosterone levels normal. Are you on schedule to have your testosterone raised to an appropriate level?”

Rousey quickly rejected the reporter and moved along, quickly saying:

“Someone who isn’t an asshole.”