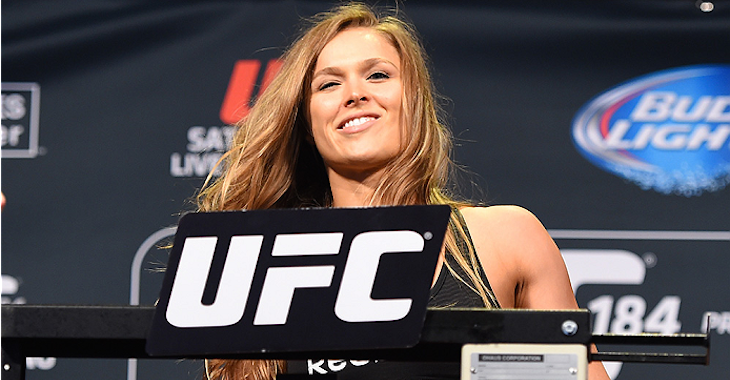 When asked about Diaz’s 5 year suspension Rousey compared it to going to jail for parking tickets.

“They’re pretty much trying to keep him from fighting ever again – five years is really the rest of the shelf life that he has. I think the punishment was cruel, and people know that. I don’t think they should be testing for weed at all. It has nothing to do with sports.”

Luckily, shortly after Rousey gave that interview Nick Diaz revealed that he is in talks with the NSAC and they are “going well.”