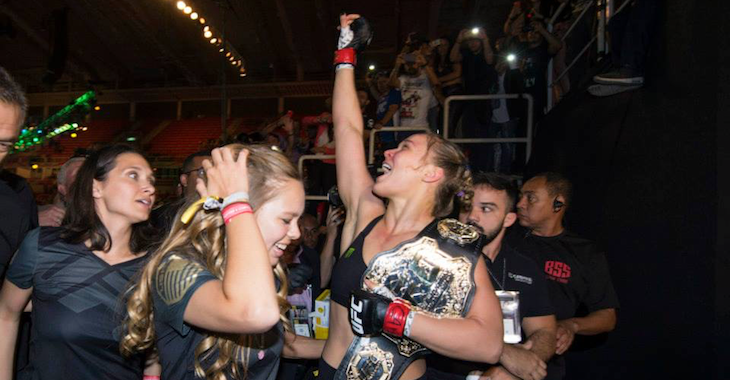 UFC bantamweight champion Ronda Rousey is currently the promotion’s biggest star. She’s everywhere these days, even outside of the MMA world, in movies and what not.

Recently, the big two in the UFC have been Rousey and McGregor. Conor spends a lot of time talking about his money and the numbers while Rousey is a little more relaxed with all that. However at a recent UFC 193 press conference Rousey revealed that she’s the highest paid athlete in UFC and let everyone know it’s because of what she brings to the table, not just because the UFC’s trying to be ‘nice.’

“I think how much you get paid should have something to do with how much you bring in. I’m the highest paid fighter not because Dana (White) and Lorenzo (Fertitta) wanted to do something nice for the ladies.”