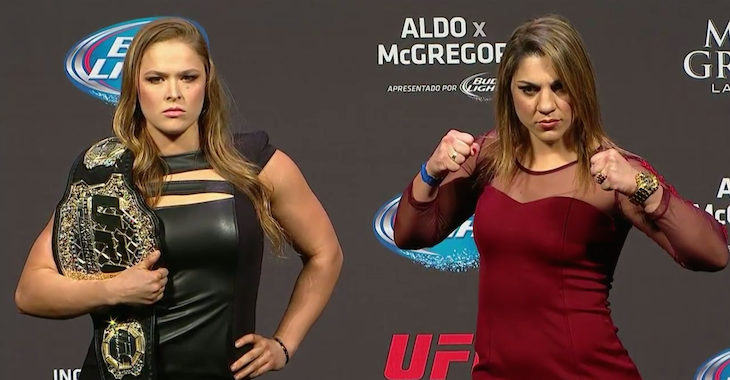 Ronda Rousey and Bethe Correia are set to clash in the octagon at UFC 190 this August in what could be Rousey’s most personal feud yet. Correia may be confident she will walk out with the belt, but she took trash talk too far when she stated that she hopes Rousey doesn’t “kill herself” when she loses.

Rousey’s father took his own life and the UFC Bantamweight Champion took it EXTREMELY personal. On Father’s Day, Rousey sent out a message to Correia explaining what’s going to happen when they finally meet in the octagon:

@BetheCorreia, your disrespect to my father, family and friends is not forgotten. I am your comeuppance. And this will not be over quickly. I will make sure you feel every moment of the lesson I’m going to teach you.
#UFC190 #Aug1st #andSTILL

Who do you think will come out on top? Will Bethe Correia escape with her arm? Share your thoughts in the comment section below!