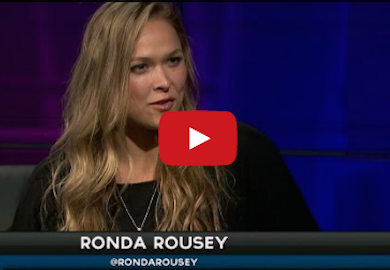 UFC women’s bantamweight champion Ronda Rousey joined AXS TV’S INSIDE MMA for an exclusive, sit-down interview with series host Kenny Rice. During the segment, Rousey discussed her growth as a fighter and detailed how she balances her fighting and acting careers.