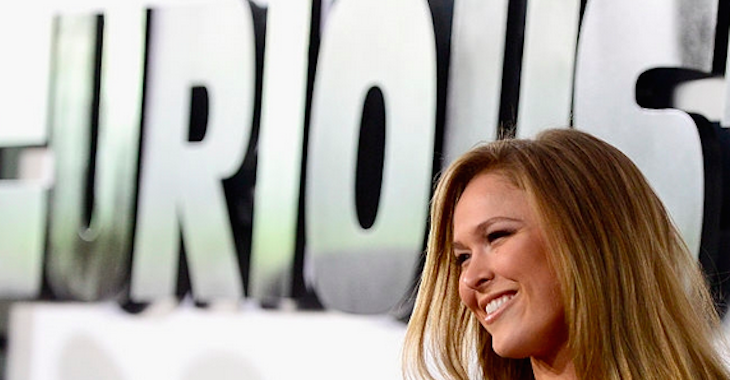 Ronda Rousey may be the most dominant athlete in sports today, but that doesn’t mean she is going to leave her career as an actress to maintain that status. After all, she’s been doing just fine juggling both at the same time.

In the fight world, there is always the possibility of suffering an injury. More fighters have pulled out of scheduled fights in the last three years than ever before in the history of the UFC. Rousey is aware that a career-ending injury is always a possibility, which is why she favors acting at times.

“I know that you have a short shelf life fighting for real, so it would be kind of cool to do something similar, but in a space where I don’t have to worry about dying,” Rousey told “The Howard Stern Show”.

Rousey went on to explain that she is looking to utilize her time in the ring to the fullest. Five round wars could shorten her career, but the possibility of her fighting longer will become a reality if she keeps finishing challengers in less than a minute. “I think it’s not about a number of fights. I think you have a certain amount of ring time in you. If I have shorter fights and I come out unscathed, I’ll fight much longer. If I’m having five-round wars, I won’t have that many more fights.”