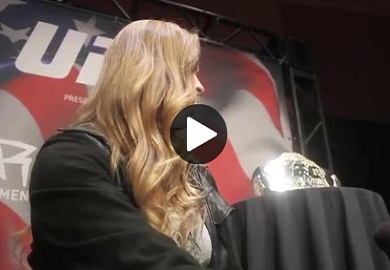 UFC women’s bantamweight champion Ronda Rousey spoke to media members during a pre-fight media scrum for UFC 175 this Saturday. As it usually does with MMA related topics, the talk shifted to PED’s and failed drug tests. Rousey took a strong stand against them, noting the penalties are much harsher for Olympic athletes.