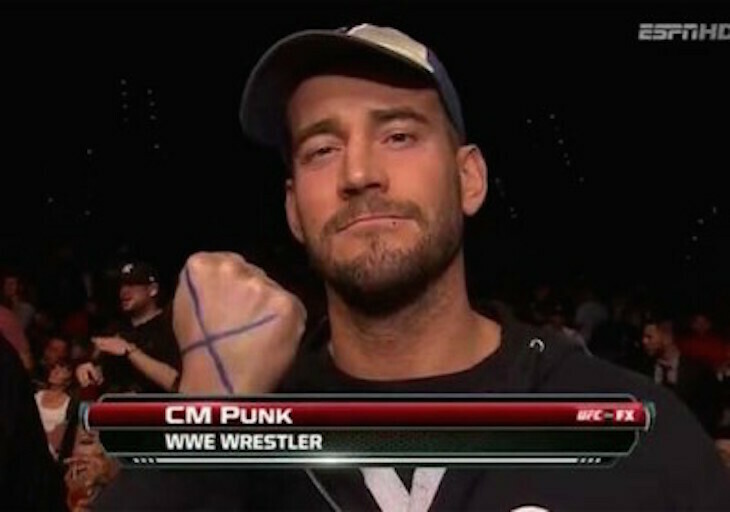 When news of CM Punk being signed to the UFC broke, ONE FC champion Ben Askren was one of the first fighters to offer a reaction to the signing.

It was announced that this week, CM Punk, real name Phil Brooks, will be training under Duke Roufus at Roufusport alongside Anthony Pettis, Ben Askren, and more. This brought many to wonder how Brooks and Askren would manage under the same roof, but according to Duke Roufus, Askren is “stoked”.

Ben’s stoked to work with Phil. Something that’s really underrated with Ben — not unlike Daniel Cormier at AKA — he’s our fighter coach. Not only is Ben coaching well, one thing that I see him doing that I’m so happy with, he has a different perspective on helping the guys with their attitude.

“He’s all for Phil coming. He wants to work with him.”

“You know what? Ben’s taking pages out of Phil’s book, what Phil did in WWE. Ben is entertaining just with the black hat he puts on. Phil thinks Ben should be in the UFC, too.

“But, the other thing is, Twitter isn’t real. The Internet — none of this stuff is real. It’s entertainment. They’re both entertaining us. That’s the unique thing. I said it long before Brock Lesnar, and I learned this in Japan with K-1 and then the beginning of Pride Fighting — our sport is real wrestling. A lot of the guys are characters. Anthony [Pettis] is a character. I don’t know Anthony as ‘Showtime.’ I’m blessed to know Anthony as Anthony…but the week of the fight he slides into his character and becomes Showtime. That is prizefighting. I know some people who know Floyd really well. ‘Money’ and Floyd are two different people.”