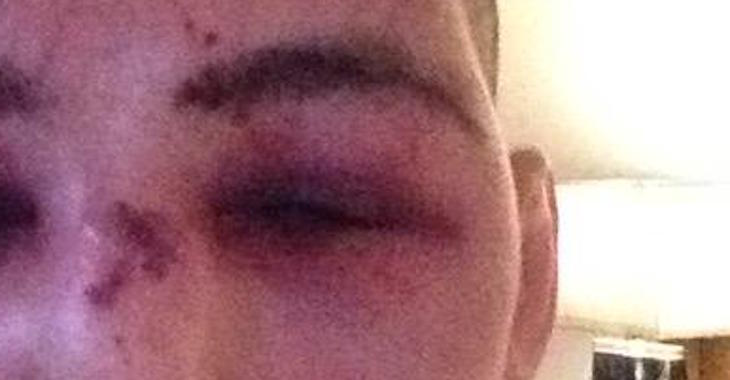 Rory MacDonald’s face sports the cuts, bruises and breaks of a five round war with a welterweight champion. Believe it or not, MacDonald was on his way to winning the fight by way of judges’ decision if he made it out of the last round.

UFC Welterweight Champion Robbie Lawler landed 69 significant strikes throughout the fight before landing the final blow in the fifth round. MacDonald dictated the pace of the fight and almost forced the referee to stop the fight several times, but he couldn’t get the job done and Lawler rallied back for the win.

broken nose broken foot but ill be back pic.twitter.com/KAakEC0qTh

MacDonald may be barely recognizable, but he shows further fighter’s spirit by saying he’ll STILL come back after all of that.