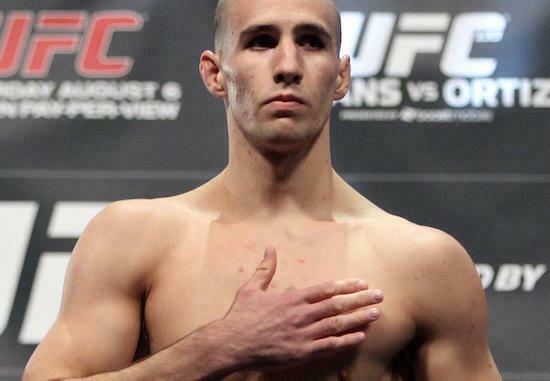 Last night, at Metamoris 5, Rory MacDonald grappled JT Torres for a full 20 minutes to a draw. During the course of the match however, Torres sunk in a tight armbar, that many fans expected MacDonald to tap to.

He spoke to Sherdog to discuss his desire to compete at Metamoris again in the future, and just how close he was to tapping out to the armbar.

“This was a personal experience I wanted to do. I love jiu-jitsu. It’s been a passion of mine since I started martial arts, so when I had the opportunity to do something like this — submission only, 20 minutes straight — it was super interesting to me, and to be able to compete against J.T. I was super excited and it was something I wanted to achieve and do in my martial arts career. I would have been more satisfied if I would have won, but I had fun and it was a good experience and hopefully I can come back. My arm hurts, but it was going to break before I would ever tap.”