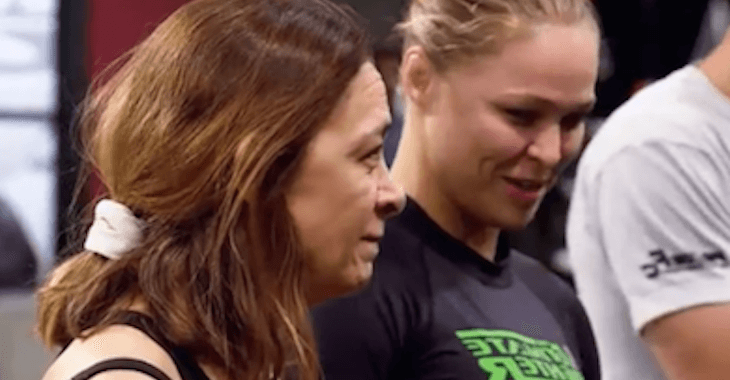 On Monday UFC bantamweight champion Ronda Rousey was in the headlines again, but this time for something someone else said.

UFC heavyweight Travis Browne confirmed what many had already suspected, saying that Rousey and himself were in fact in a relationship.

Rousey also released as statement on the matter, saying that she’s enjoyed her time with Browne, but wants to keep her private life, private.

Now, this is either a matter of timing and coincidence or she really was talking about something else entirely. But Rousey’s mom, Dr. AnnMaria De Mars, took to Twitter just the day before the news came out and put out some advice from mom, saying, “If all of your friends and family think someone is a douchebag, he’s not misunderstood, he (or she) is a douchebag #adviceFromMom“

Hmmmm, check it out!

If all of your friends and family think someone is a douchebag, he's not misunderstood, he (or she) is a douchebag #adviceFromMom

She was quick to point out that not all her tweets are about a single daughter (Ronda), saying that she has four of them!

I have 4 daughters & a #startup so why people think every tweet applies to 1 daughter, I don't know