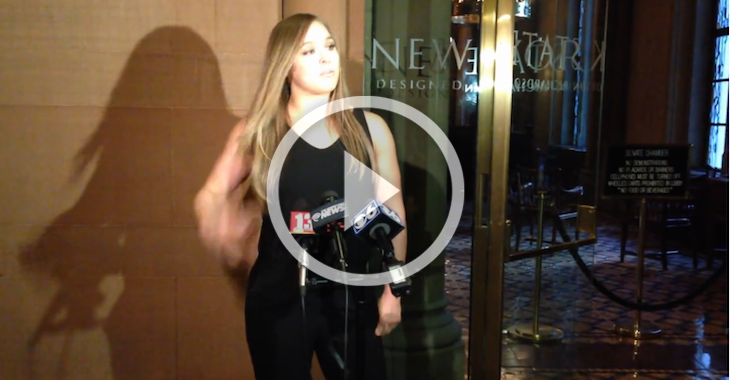 “New York state is the most dangerous place in the United States to do MMA. MMA is here right now. It’s just not regulated. It’s only allowed at the amateur level. Amateur athletes, they’re not paid, not regulated. There’s no blood testing to make sure that the athletes are safe. There’s no drug testing.

“Having women shown fighting on TV shows that it’s OK for us to be strong. It’s OK for us to fight. So much history is being made through MMA for women in sports. It’s a new sport so it’s not really bogged down in tradition the way that a lot of others are.”

“Maxim [Magazine] came out with the ‘Tough Issue. Suddenly it’s not ‘in’ for women to be frail and emaciated for them to be attractive. This is becoming a new thing where little girls, they’re not looking at Cinderella’s and Barbies, they’re looking at female fighters. They want to grow up strong. They want to be able to protect themselves. They want to be ambitious instead of being taken care of.”