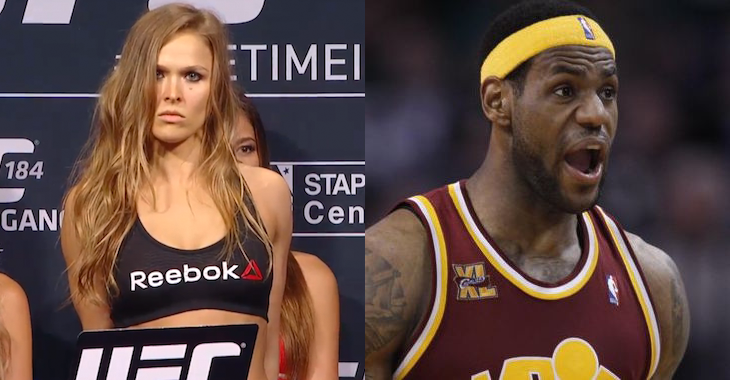 (#18) Jon Jones: The only thing that can stop Jon Jones is himself. He hasn’t lost a fight in more than five years, having defended his UFC title eight times. But before his latest win, a unanimous decision over Daniel Cormier, he tested positive for cocaine and generated a firestorm. He was later stripped of his title after getting arrested on charges of allegedly leaving the scene of a car crash.

(#1) Ronda Rousey: No athlete is the best in their sport by a wider margin than Rousey. Her two wins in the past year have lasted an average of 15 seconds. The UFC made her its first female fighter ever. In her five UFC fights, only one opponent has made it out of the first round without getting knocked out of submission. She’s not just undefeated; she’s effectively untouched.