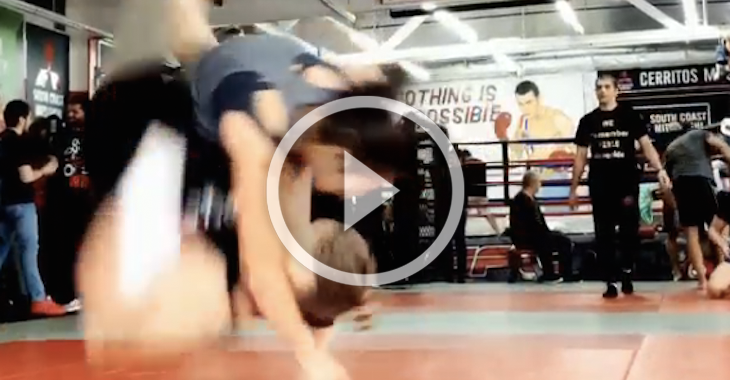 Ronda Rousey may go down in history as one of the most dominant woman athletes sports has ever seen. She has finished all of the opponents she stepped into the octagon with in amazing fashion and could be considered the best pound-for-pound in MMA.

However, even champions get taken down.

Watch iron sharpen iron as Ronda Rousey practices her judo throws with Pauline Macias, a UFC hopeful who trains with Rousey at the Olympic Training Center.