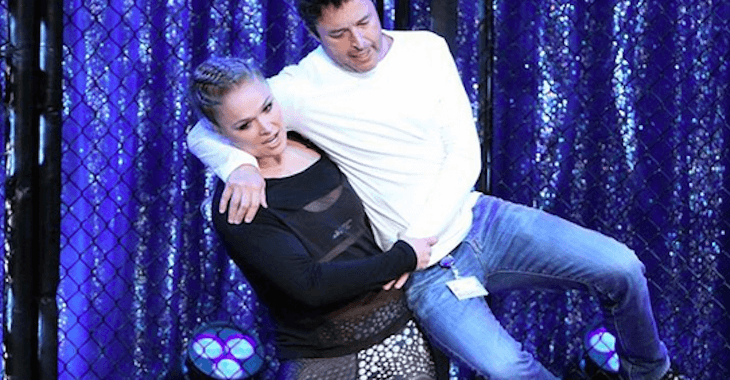 There is no doubt about it: Ronda Rousey is the most popular fighter in the UFC today. The undefeated UFC Women’s Bantamweight Champion has transcended the barrier from just being a popular fighter to become a mainstream icon, though. Her “Do Nothing B***h” campaign went viral and inspired women around the world to become something.

Rousey recently paid a visit to “The Ellen Show” where she made QUITE the impact. The UFC champion apparently tossed the shows producer to the ground in a demonstration! Check out the clip below!

Andy Lessner, jokingly of course, responded with the following Tweet:

And @TheEllenShow meets my attorney https://t.co/dt75hnUW6t

Ronda Rousey steps into the octagon at UFC 193 to defend her bantamweight championship against Holly Holm in Melbourne, Australia. Who do you have walking out with the gold? Share your thoughts and predictions in the comment section below!