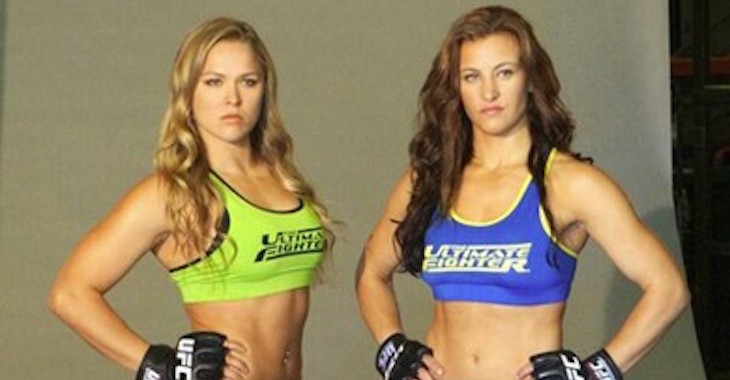 UFC champion Ronda Rousey is making the media rounds for her new book, coming out tomorrow.

She stopped by The MMA Hour today and talked about a lot of different things, including her book, the olympics and of course rumors about her and Cyborg.

One of those rumors is that Rousey would be doing another season of The Ultimate Fighter against Cris Cyborg. Check out what Rousey had to say about that.

“You’d have to hold my little sister at gunpoint to get me to do that show again.”